I am a mom trying to do the best for her family. Feeding them real food. I am not a doctor, or a nutritionist, or a scientist. This is an account of our GAPS adventures. Most of them food related. We are healing autism, ADD/ADHD, allergies and asthma. Take what you can and start your own adventure! 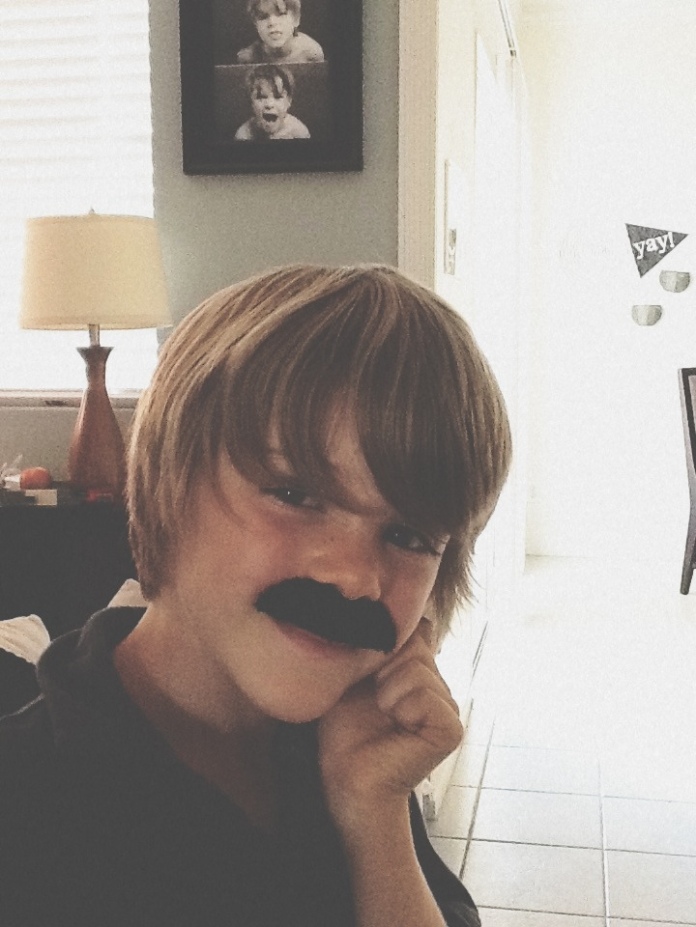 We started the GAPS Intro almost two weeks ago. Cullen has moved into stage 2 and I feel like we are seeing a difference. A small difference, but any progress is progress, right? I have been trying to set markers or some sort of control for his behavior, but his improvement to this point have been so minor that it takes someone who is not around him every day to tell me that he is getting better. A part of me says that all of the time, energy and mostly the dollars we are spending on eating this way has to be doing something. I fear that my imagination is playing tricks on me; that I think he is behaving better because I want this to work so badly.

For most other parents we know the beginning of the school year is a relief. A relief from bored kids stuck at home and hectic vacation schedules. Not us. Back to school feels like tax day, a trip to the dentist, and being all out of clean underwear all rolled into one. Not fun. The hardest time of the year for us has to be the end of summer. Cullen has a strong desire to make friends. For the most part he enjoys being around other kids (even if he doesn’t understand how to play properly), and he really likes to make friends with adults. Despite this character trait, he has enough of an understanding to realize that he does not have any true friends, but he does not know why. We have many tearful rides home at the end of the day with him telling me variations of the same story. “I was trying to play with so-and-so, but they ran away.” I think his awareness that he somehow doesn’t fit in makes him dread the beginning of a new school year. Which causes him to start stimming more, craving more sensory input, using baby talk, or imitating animal behavior. In and of itself these behaviors are not necessarily unbearable. The other spectrum of stressed Cullen behavior is extreme moodiness, shortness of temper leading to anger, self-inflicted pain, and occasional depression. These behaviors are one that we spend the most time coaching on.

Cullen gets in trouble a lot at school, but his intentions are always good. He thinks he has figured out some facet of the delicate social system that is an elementary classroom, only to find that he only caught a small glimmer and has offended another student or, heaven forbid, the teacher. So we are stuck in a situation where we want to reward the effort, while establishing a consequence (even if it is just a firm talking to) for the poor outcome. Yes, he was trying to exercise his social skills and make a friend, but reading time was not the proper time to choose to do it. I can imagine that parents of neurotypical kids have a clear-cut path to consequences when their child misbehaves. I imagine that because when our other two boys do something wrong (which happens almost never) it’s not tied to any kind of behavior we’ve been trying to strengthen in them.

Now you know a little bit about our Back to School experience. Three weeks before D-day (first day of school) Cullen’s undesirable behaviors started popping up in full force. I had been preparing to start the GAPS intro. I stockpiled bone broth, fermented sauerkraut juice, ordered starter yogurt cultures, and scavenged for soup recipes. (I spend a lot of my free time in my kitchen. Thank goodness for crockpots!) One week later I was ready to start the Intro. Stage 1 includes soup. And that’s about it. We could eat boiled meat (organic, grass-fed or nitrate free) and well cooked gaps-legal stage 1 veggies (broccoli, squash, cauliflower, carrots, onions and leeks). Not a whole lot of variety there. The first 3 days we ate pureed soup, before I started adding back the pieces of meat and then veggies in broth. All the while increasing the dose of probiotic sauerkraut juice in each bowl. We’ve now moved on to egg yolks, yogurt (homemade), and soft-boiled eggs. I can tell you he is getting pretty sick of bland boiled food, but he has been such a trooper. He cleans his plate and complains very little.

Within the first few days I thought I noticed a little calmer demeanor and a definite regression of the baby talk and nervous hyperactivity. However, the sensory input cravings seemed to be worsening. I can’t walk into a room without finding him sprawled out with as much of his body as possible touching the floor, couch or bed. He will not sit still, but his movements are slow. There is more gentle rolling and wiggling than spastic jumping or bouncing. The nutritionist tells me that the deep-seated sensory issues will be the last to go, but that he is making progress. Now at the end of the second week I feel like he is even calmer, and he is rude less often (unless it relates to a misunderstanding or seeing someone eat food that is not allowed for him right now.) He is not sneaking food or taking forbidden items when offered. At the bank last weekend he had a conversation with the teller:

Cullen: What are those?
Teller: Those are chocolates. Would you like one?
Cullen: No, no thank you.
Teller: That’s weird. Most kids always want one.
Cullen: I’m on a very restrictive food plan. It’s not forever, but it’s for now.
(sniffsniff) Proud mom right here!

He started second grade today. This year I tried to keep him as calm as possible. I did not give him long lists of things he should and shouldn’t do. He picked out his first day clothes.. I could tell he was stressed though when we had an issue with which shoes to wear and if he should wear socks or not. He chose his new TOMS sans socks. I walked him to his classroom and he did everything else. Put his lunchbox (with a thermos full of meatball soup) away, hung his backpack up, found his desk and then sat there quietly with his hands folded until the teacher started class.

As I walked away I knew that I would worry about him all day. Some days I feel like he’s alone without a translator to help him communicate to those around him. I feel guilty, like I am not doing enough to teach him. It’s a slow process, but thankfully I am seeing a little relief and the comfort that everything Mike and I are doing is helping make Cullen independent, courteous and a good human.